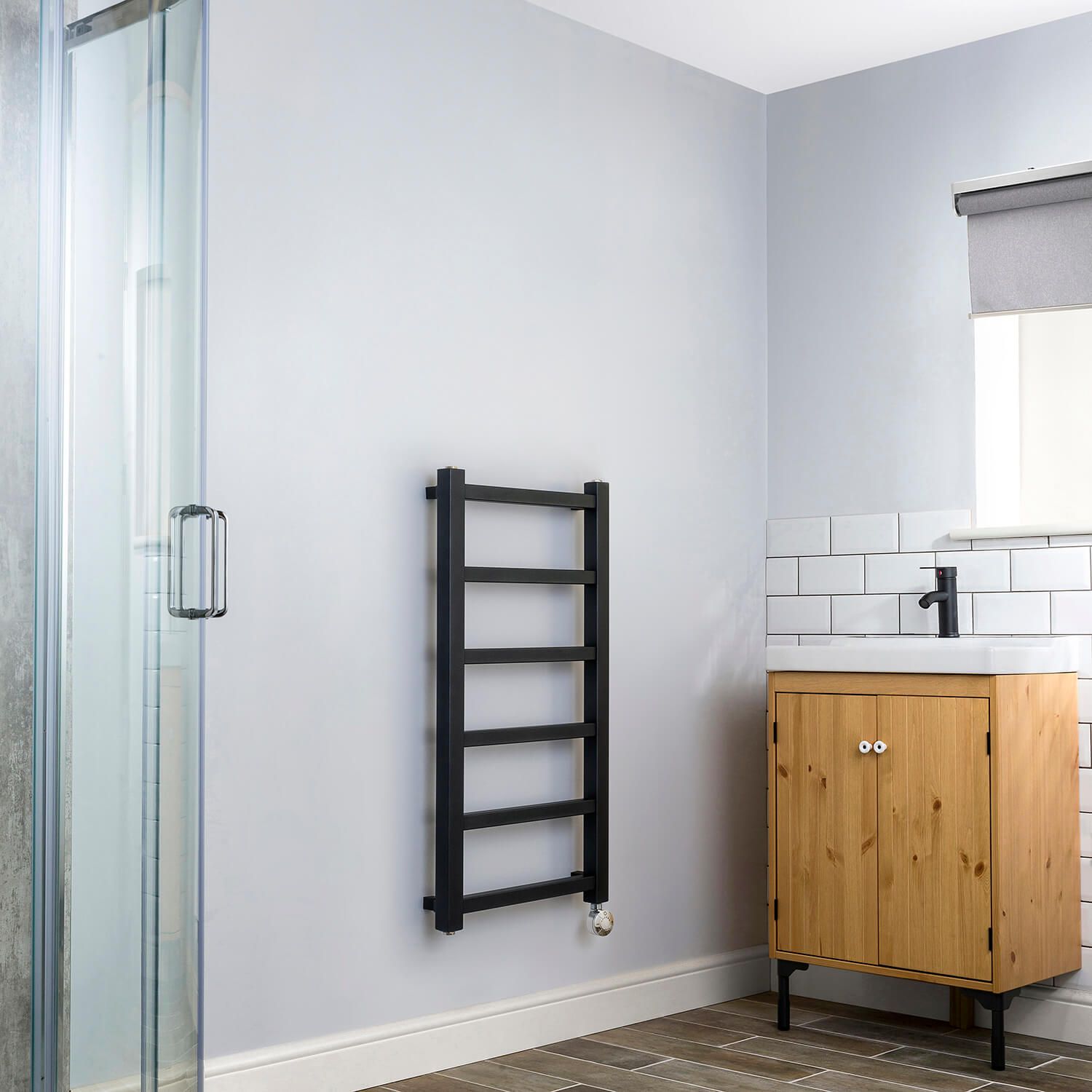 *Please note, this product is now supplied with a 120 watt Terma Moa element rather than the chrome element shown in the photograph. Being a black element, it has improved the overall asthetics of this thermostatic electric towel rail.*