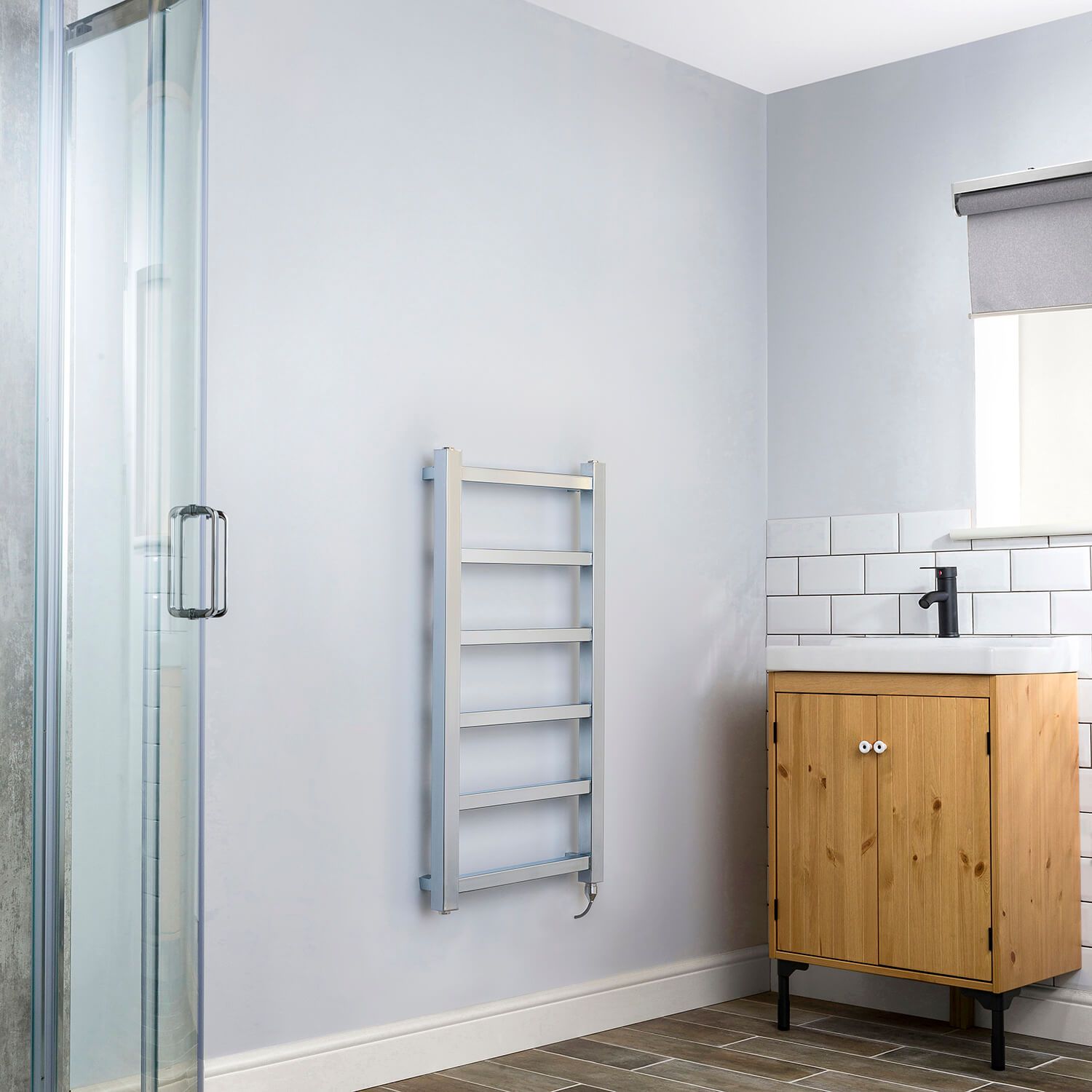 The chrome plating applied is a superior long-life blend that is far more durable than contract blend coating found on most UK products of a similar price point. This is enhanced by rigorous anti corrosion testing and rust-preventing additives in the chrome plating.

Geyser designer thermostatic electric towel rails are of the best quality and are manufactured to last. Geyser thermostatic designer electric towel rails are for sale online for the best price in the UK for the quality. They are cheap when you calculate the whole life cost and longevity of the product. We are transparent with our quality and service. Our customers review us daily with the most well-known independent online review company, Trustpilot.

Please do not compare this range with cheap, lower quality, lesser specification models sold elsewhere at places like B&Q, Wickes and Screwfix. We cannot be beaten on quality for the price. We do not engage in fake discounts or sales or over inflated R.R.P. prices. Instead we focus on design, quality and superior manufacturing. This includes thicker chrome plating, rigorous testing and a higher quantity of bars as discussed above. Cheaper designer towel rails advertised elsewhere may at first glance seem like Geyser products, but the differences can be significant, particularly around the lifespan and close up attention to detail of the towel rail.